As mysterious as a fog machine and about as helpful as a man dressed in leather who occasionally steals your siblings.

What the Goblin Sommelier suggests you would be wise not to argue with.

"You have thirteen hours in which to walk the gentle well-paved 3 mile path full of helpful signs, before your baby brother becomes one of us... forever."


"You have thirteen hours in which you must binge watch Netflix before your baby brother becomes one of us... forever."


"You have thirteen hours in which to get a decent night's sleep, eat breakfast, and then meet me at the 7-11 on the corner before your baby brother becomes one of us... forever."


"Just fear me, love me, do as I say and I will be your fully consensual slave, every other Thursday, unless you need to reschedule, because I respect your boundaries.  Oh also, in this version of the film, you're over 18, because those power dynamics are for adults only." (holds out glass orb hopefully)
Posted by Cashew at 5:32 PM No comments:

Ten Cupcakes that might be cute but that I'm glad don't exist, or hope sincerely don't exist, and one lovely real cupcake that does.....


1. Raspberry Lambswool (taste the lanolin! you would be warm, though)

2. Chocolate Owl.  (It sounds like it would be an awesome Harry Potter-themed cupcake, but you're so wrong.  Think feathers.  Lots of them. )

3. Fried Chicken (although I can't say for sure that someone in L.A. isn't working on this)

5.  Alarm Clock with Spring-Studded Icing (I have feelings about alarm clocks)

6.  Red velvet cake with Polar Bear fur instead of icing. (environmentally evil AND not chocolatey enough)

7. Animatronic (it would be so terrible if a cupcake could walk away from you....)

9. Tomato Soup Cupcakes (I can't eat tomatoes, so I'm biased, but I believe in a healthy divide between dinner and dessert)

...and then there's this guy.  I'm so happy he exists.  Or, well, existed before I ate him. Happy Friday! May your weekend have as many sprinkles as you'd like!

Posted by Cashew at 5:30 AM No comments:

How to Successfully Set Up a Home Gym - Part One: Atmosphere

It's a whole new year!  And the internet knows it and there are ads and inspirational photos of happy, or unhappy and grunting, people exercising all over.  A New Year's resolution for a lot of people is 'go to the gym' -- but here's the thing, maybe there isn't a gym near you, or you work a million hours a week, or have a spandex phobia, or (as in my case) you live in the most expensive city for gyms in the entire frigging country.  There is no going to the gym in D.C. without paying more than a hundred dollars a month, before you sign up for any extras and classes, etc. Yeah, how sad is that?  The saddest.

But I'm sure some of you out there are in the same boat, so I've decided that I'll share some of my tips for successfully setting up a gym at home over a couple of posts.

Is your living space highly angular?  Impersonal and unwelcoming?  Vaguely anxiety-producing?  If not, don't worry!  We can achieve all of these effects easily, and get you feeling like you're at a real gym in no time.


...well, just before New Year's I suppose.  Here's the thing about beaches and nature reserves in winter - you will never find a a calmer beach.  Calm was what I really wanted this year, as last year's Christmas/New Year's was definitely not what you could call calm.  It was also my ideal way of going to the beach - i.e. my friends, who realize my profound introverted nature text me, inform me that the beach is happening, as we all need to get away from relatives for a few days, and then it all just magically happened.  Best spontaneous post-Christmas pre-New Year's idea ever.  My single regret (ok, aside from some rain on the way back which rather extended the drive) was that I wasn't able to get any photos of the SUPERIOR Christmas light displays we saw around the island.  All I have to say is this: Christmas Lobsters pulling Santa's Sleigh.  Next time I'm going to document this.

It's really beautiful down there - and I am forever surprised that more people don't know about Chincoteague, the wild ponies, etc. I've been down there a couple times now, and it's been lovely each time.  Beaches, woodland, uncommonly fluffy squirrels (link goes to particularly romantic description of said squirrels), plentiful fried seafood -- it's a good time and I highly recommend it if you're looking for a place to go for a mellow weekend and you live in the DMV area. 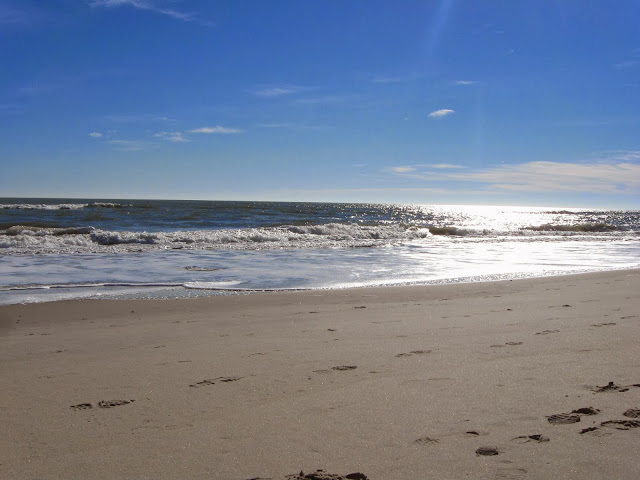 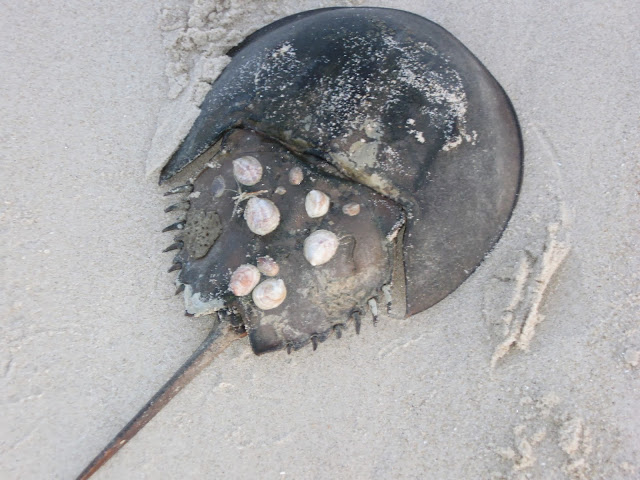 Previous years, I've seen eagles, and apparently around when we were there there was a snowy owl hanging out, though we did not see him.  Oh, and tons and tons of egrets hanging out in the trees in the twilight!  Again, I lament my poor camera skills that I couldn't document the bird life.  I'm proud that on this trip, yet again, I was unable to successfully identify a single variety of duck.  They have a lot, I just cannot tell one from another, though I choose to unfairly blame the friend who drove us down for having forgotten her duck guide.  Yes, this person owns a duck guide :) 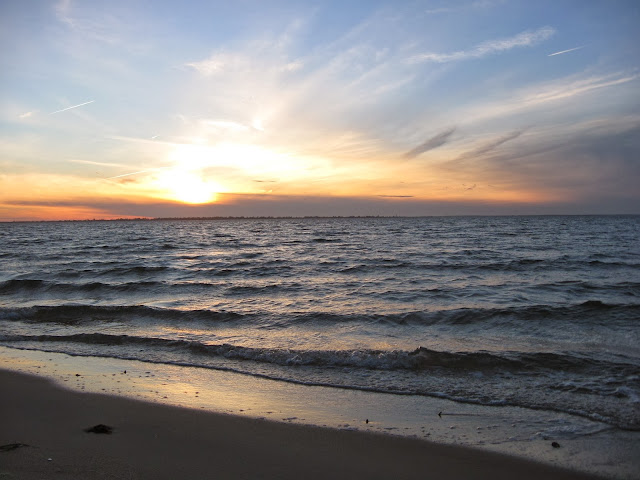 Anyway, you can learn more about the reserve here, at the Fish & Wildlife Service's website.  Check 'em out!  Posting these pictures up here just makes me want to go back now....sigh.


Last Sunday I went out to Sephora on a quest - I was going to find the elusive perfect nude/pink polish for my short little nails.  Imagine the scene - Sephora before Christmas.  Yup.  I braved that.  And I went through every nude-ish nail polish in the store.  Every single one.  (Mostly using their little coloring book plastic sheets, did try on about 6 different shades. ) I must have looked like a basket case as I tsked and shook my head sadly at the various peaches and taupes and pale pinks, all of which did a really good job at washing my hands out and making them look vaguely corpse-like.  And not in a delightful goth sort of way - just a what terrible thing have you dipped your hands in kind of way.  Lots of sickly looking beige on offer that didn't look like it would suit anyone.  Bleh.

I am a lady who takes terrible care of her hands and seldom wears polish, so I knew that if it wasn't precisely the right shade of pink it would sit on my shelf gathering dust for the rest of its life.  It's happened before.  But as part of Operation: Dress Just Slightly Nicer I thought I'd give it another try.

Well boys and girls, we succeeded Sunday.  Unfortunately not in the 3-4 dollar range that I was hoping for, but oh well.

Pagebreak to spare the make-up haters from having to look at pictures of pink nail polish. It's ok.  I understand.  But there will be a picture of a robot too, just sayin'....

How did I just join two book clubs for the new year?

Make new friends, but keep the old,
one is silver and the other gold.

One believes you when you say you'll read an 800 page book,
the other knows about your dating habits going back to high school and knows not to bring up the topic of commitment.

Meet new people, I thought.  Ok, more precisely I was thinking, you need to meet more women in a platonic way - you know an ever diminishing number of women and you don't want to date anyone right now.  Book club! Smashing idea.  Doesn't matter that you've never really been in any book club except one you started back in college, where you all read Harry Potter novels.  How hard can it be?  And for that matter, how much harder can two book clubs be?  Bring it on!

"There Once Lived a Girl who Seduced Her Sister's Husband, and He Hanged Himself: Love Stories" by Ludmilla Petrushevskaya  (this and the following soundbites are from reviewers in the book's blurbs on Amazon's:) "These strange, violent, and devastating stories of love warped by poverty, anger, and pain embody the Soviet era’s soul-starving shortages of dignity, shelter, and freedom." (this fortunately is a mere 200 or so pages, as it's a short story collection.  When the Russian auther is writing the shortest book of the bunch what's happened with the world?)

"The Goldfinch"  Which among other things is about death and family loss and addiction and depression and "clocks in at an unwieldy 784 pages."

"The Luminaries" "Go ahead and call Eleanor Catton a prodigy. At 28, she's the youngest author ever to win Britain's prestigious Man Booker Prize for THE LUMINARIES, which warrants every one of its imposing - yet surprisingly breezy - 848 pages."  I'm 28 and temping and have never published a short story.  Great.

It was like Doctor Who! Only not so much, really. But kind of. It's hard to explain.

Sometimes art happens.  Sometimes it even happens at Christmas. And sometimes, if you're very lucky it happens to look like an alien invasion.

This past weekend the Fete des Lumieres happened in Georgetown here in D.C. Several artists participated, I didn't get to see everyone's work, though I tried.  'Light' theme, near the holidays, near an ice rink and small children, near the waterfront - it's so charming you can already imagine it.  Or can you?