As mysterious as a fog machine and about as helpful as a man dressed in leather who occasionally steals your siblings.

What the Goblin Sommelier suggests you would be wise not to argue with.


Last Sunday I went out to Sephora on a quest - I was going to find the elusive perfect nude/pink polish for my short little nails.  Imagine the scene - Sephora before Christmas.  Yup.  I braved that.  And I went through every nude-ish nail polish in the store.  Every single one.  (Mostly using their little coloring book plastic sheets, did try on about 6 different shades. ) I must have looked like a basket case as I tsked and shook my head sadly at the various peaches and taupes and pale pinks, all of which did a really good job at washing my hands out and making them look vaguely corpse-like.  And not in a delightful goth sort of way - just a what terrible thing have you dipped your hands in kind of way.  Lots of sickly looking beige on offer that didn't look like it would suit anyone.  Bleh.

I am a lady who takes terrible care of her hands and seldom wears polish, so I knew that if it wasn't precisely the right shade of pink it would sit on my shelf gathering dust for the rest of its life.  It's happened before.  But as part of Operation: Dress Just Slightly Nicer I thought I'd give it another try.

Well boys and girls, we succeeded Sunday.  Unfortunately not in the 3-4 dollar range that I was hoping for, but oh well.

Pagebreak to spare the make-up haters from having to look at pictures of pink nail polish. It's ok.  I understand.  But there will be a picture of a robot too, just sayin'....

How did I just join two book clubs for the new year?

Make new friends, but keep the old,
one is silver and the other gold.

One believes you when you say you'll read an 800 page book,
the other knows about your dating habits going back to high school and knows not to bring up the topic of commitment.

Meet new people, I thought.  Ok, more precisely I was thinking, you need to meet more women in a platonic way - you know an ever diminishing number of women and you don't want to date anyone right now.  Book club! Smashing idea.  Doesn't matter that you've never really been in any book club except one you started back in college, where you all read Harry Potter novels.  How hard can it be?  And for that matter, how much harder can two book clubs be?  Bring it on!

"There Once Lived a Girl who Seduced Her Sister's Husband, and He Hanged Himself: Love Stories" by Ludmilla Petrushevskaya  (this and the following soundbites are from reviewers in the book's blurbs on Amazon's:) "These strange, violent, and devastating stories of love warped by poverty, anger, and pain embody the Soviet era’s soul-starving shortages of dignity, shelter, and freedom." (this fortunately is a mere 200 or so pages, as it's a short story collection.  When the Russian auther is writing the shortest book of the bunch what's happened with the world?)

"The Goldfinch"  Which among other things is about death and family loss and addiction and depression and "clocks in at an unwieldy 784 pages."

"The Luminaries" "Go ahead and call Eleanor Catton a prodigy. At 28, she's the youngest author ever to win Britain's prestigious Man Booker Prize for THE LUMINARIES, which warrants every one of its imposing - yet surprisingly breezy - 848 pages."  I'm 28 and temping and have never published a short story.  Great.

It was like Doctor Who! Only not so much, really. But kind of. It's hard to explain.

Sometimes art happens.  Sometimes it even happens at Christmas. And sometimes, if you're very lucky it happens to look like an alien invasion.

This past weekend the Fete des Lumieres happened in Georgetown here in D.C. Several artists participated, I didn't get to see everyone's work, though I tried.  'Light' theme, near the holidays, near an ice rink and small children, near the waterfront - it's so charming you can already imagine it.  Or can you?

Go Read about this Wedding 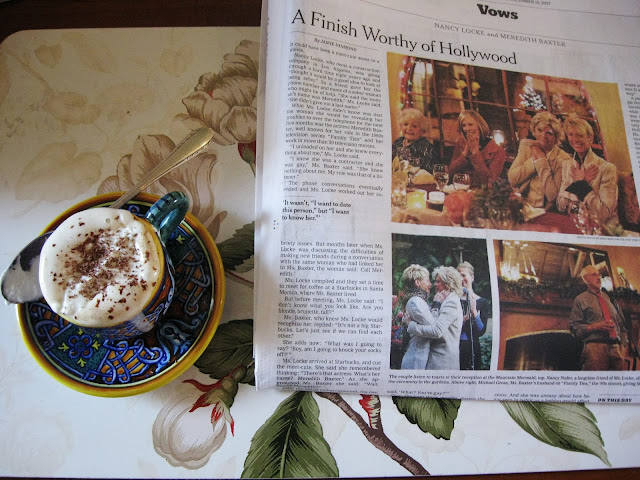 ...because it's beautiful and it'll make you cry the happy cry.

Oprah video:
"Meredith Baxter's Life with Her Partner, Nancy" (from 2011) 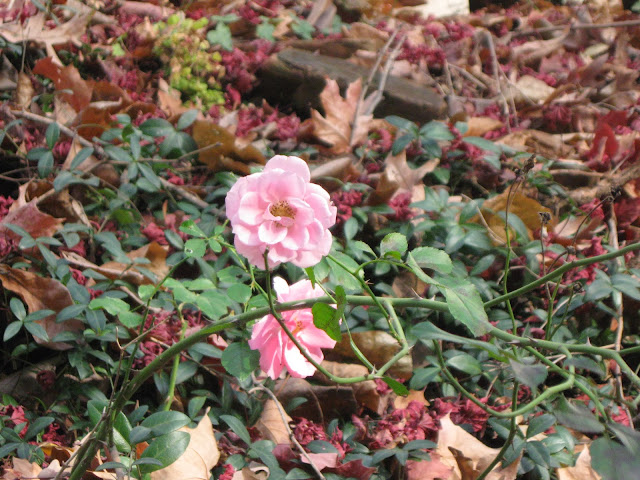 Posted by Cashew at 4:19 PM No comments: 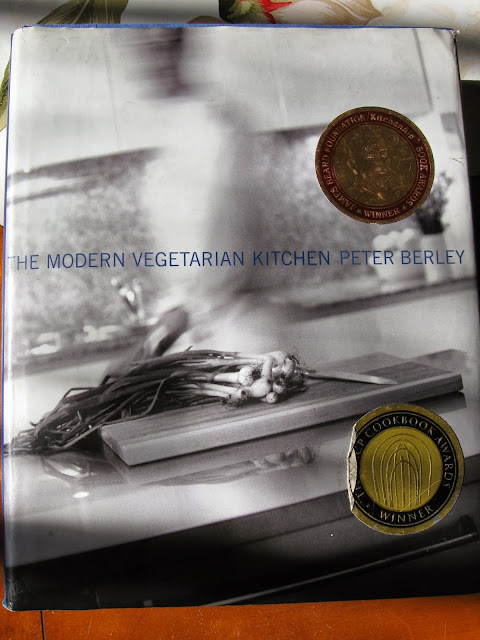 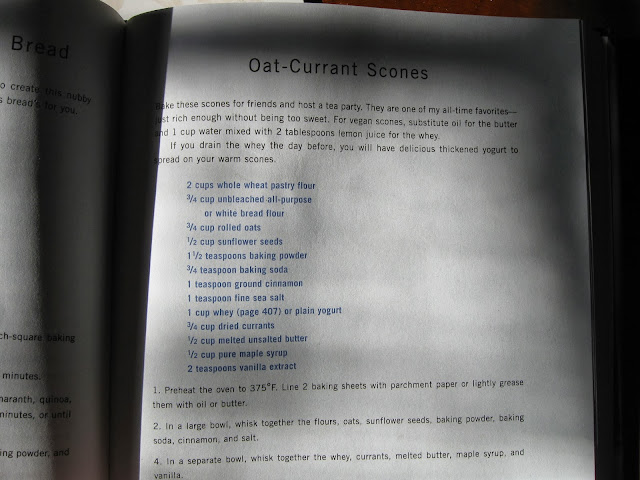 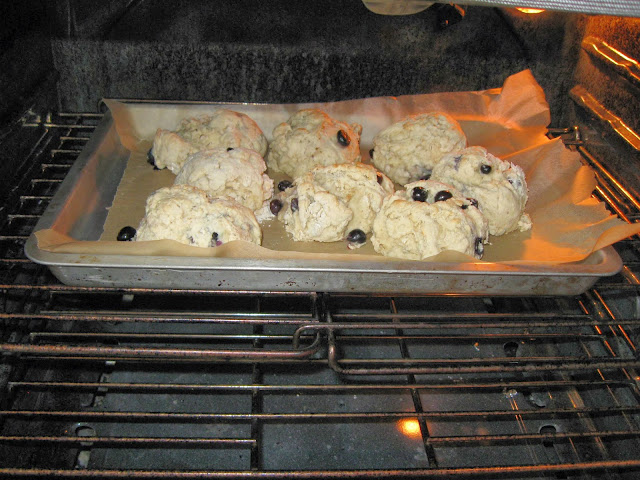 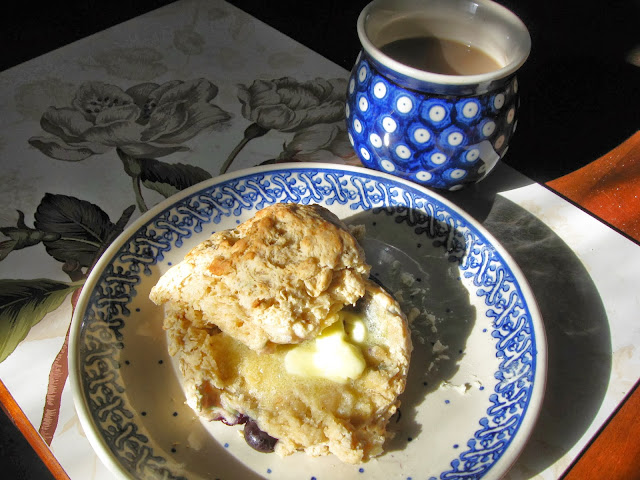 Posted by Cashew at 7:47 AM No comments:

I don't know the origins of 'hangry', do you?  I think I first heard it uttered by a human in life last year and I immediately disliked the term and shortly after that secretly adopted it into the dictionary of imaginary words that lives in my heart.

I can't say that I've ever felt hangry specifically, but I really really identify with feeling anger but thinking that I'm feeling something else.  Here are some of the kinds of "angry" that I deal with:

Cleangry - When you feel a need to pointlessly clean every inch of your house, right now, including the top of the fridge, at 2am, because you can't sleep anyway since you keep going over and over that argument in your head. Cleangry spells seem like they could be useful, but often result in bizarrely half-cleaned kitchens that mock you in the morning before work when you're too tired to find the coffee that you moved and hid so you could really thoroughly clean the cupboards at 4:30 am.  Beware the Cleangry.

Bangry - Get your mind out of the gutter, this isn't slangry we're talking about here. Bangry is when you didn't really want to go out because you were in a bad mood and now that you're out at a venue every. single. band. is terrible, although everyone else seems to be enjoying them. In this moment, when you are taking out your anger at the bands playing, you are bangry.

KobiyashiMarangry - I'm not angry, it's just that absolutely every situation around me is set up to make me fail. What?  Why are you looking at me that way?  What? Shut up, this is not about me, this is about the Whole World!

Fff-angry - This is when you fart out of anger.  I don't think this exists, but it should.

Hic-angry - This one unfortunately does exist, at least for me.  When you can't stop hiccuping because you're too upset to stop hiccuping.  It's an endless loop.

Libry - When you chain read books instead of feeling feelings. The Graphic Novel version of this is called Graphic Libry.  As in, I'm feeling really graphically libry right now, I just reread all of the Sandman books, can I borrow some of your Frank Millers?

Zengry - When you get rid of all of your furniture and stuff because you have a newly minimalist aesthetic.  Totally not because you have terrible memories about your ex connected to everything you own. Pro-tip, you'll want some kind of bed, and reconsider the urge to get rid of the bookcases.  Because you'll probably be libry later, and you'll need those things.

Z-gry  - I'm not angry, I just need to go to sleep right now.  It's a damn shame I got so zengry that I got rid of my bed last week.

Dreamgry - This often results from going to sleep z-gry in the hope that your subconscious will work out the feelings.  Sometimes works?  But being dreamgry is not a lot of fun when it doesn't.

Crangry - wherein you think you might be going crazy and have no clue why, until you realize that actually you're just very very angry about something very real and terrible that's happened that you are trying to ignore.
...
That one might be a little less funny, as it's pretty much at the root of all of the others.  Hmmmm.

We could also just say that crangry is what happens when you get so angry that all you can do is drink cranberry juice cocktail.  Yeah, let's go with that. I can't say that I've ever seen anyone angrily drink cranberry juice, but I think I'd like to. Rageful juice-drinking seems safer and more entertaining than wall-punching or fork-stabbing anyway.  I think it should be encouraged.  Cranberry juice for all!

The best thing on the internet right now is this.

I would like to say also that they are wearing my style.  Where is Ian's shirt from? I need it in my life.  I would also like to take the opportunity to thank Patrick Stewart for making my daily outfit look much more dashing than I usually manage.

Posted by Cashew at 5:33 AM No comments:

5 Things That Are Not Enhanced By Christmas Lights, and 5 Things that ARE.


1.  Fire trucks.
2.  Any part of a drag queen or burlesque dancer's look, including but not limited to shoes, clothes, coiffure, bosoms.  Drag queens and burlesque dancers are the only people allowed to deck themselves in Christmas tree lights, if they so choose.  And the aforementioned Dolly Parton, naturally.
3.  Christmas trees.  Don't give me that pre-lit tree nonsense, you heathen.  Put the string of lights onto the tree yourself.  And then another.  Maybe even another.  You will thank me.  Ok, maybe you won't because you really wanted to put that last strand of lights on your Eames chair, but your mother will thank me when she visits you for Christmas and is able to for once sit in your fancy chair (that you paid how much for?) without getting tangled up in Christmas lights.
4.  Ice skating rinks/roller rinks.
5.  Mad scientists' laboratories.
Posted by Cashew at 4:55 AM No comments:


1.  Top ten places to hide a squirrel at the office


3.  Top ten people who should have been involved with Monty Python if they hadn't died in the 13th Century


4.  Top ten lipsticks which let you peer into men's souls to see the yawning caverns of awe and wonder therein, and also when their next dentist appointment is.


5.  Top ten brands of boots to throw angrily at your ex's head from a second story window as he/she yells at you from the front lawn.


6.  Top ten ways of drawing &s, because ampersands are beautiful.


7.  Top ten indie bands in fiction invented by successful authors who feel a gnawing sense of failure because their jam band in high school/college never really got any good gigs and they're still secretly in love with the wife of the lead singer


8.  Top ten gay and lesbian bars of Weimar Germany.  Seriously, someone do the research and publish this already, this is knowledge I need to have in my life and I don't speak enough German to find out for myself.


9.  Top ten sushi restaurants in the Harry Potter universe.  You're thinking about magical wizard sushi now, aren't you?  I bet the Malfoys had their own private sushi chef.


10.  Top ten ways of turning everyone you know into a polar bear.
Posted by Cashew at 12:44 PM No comments: